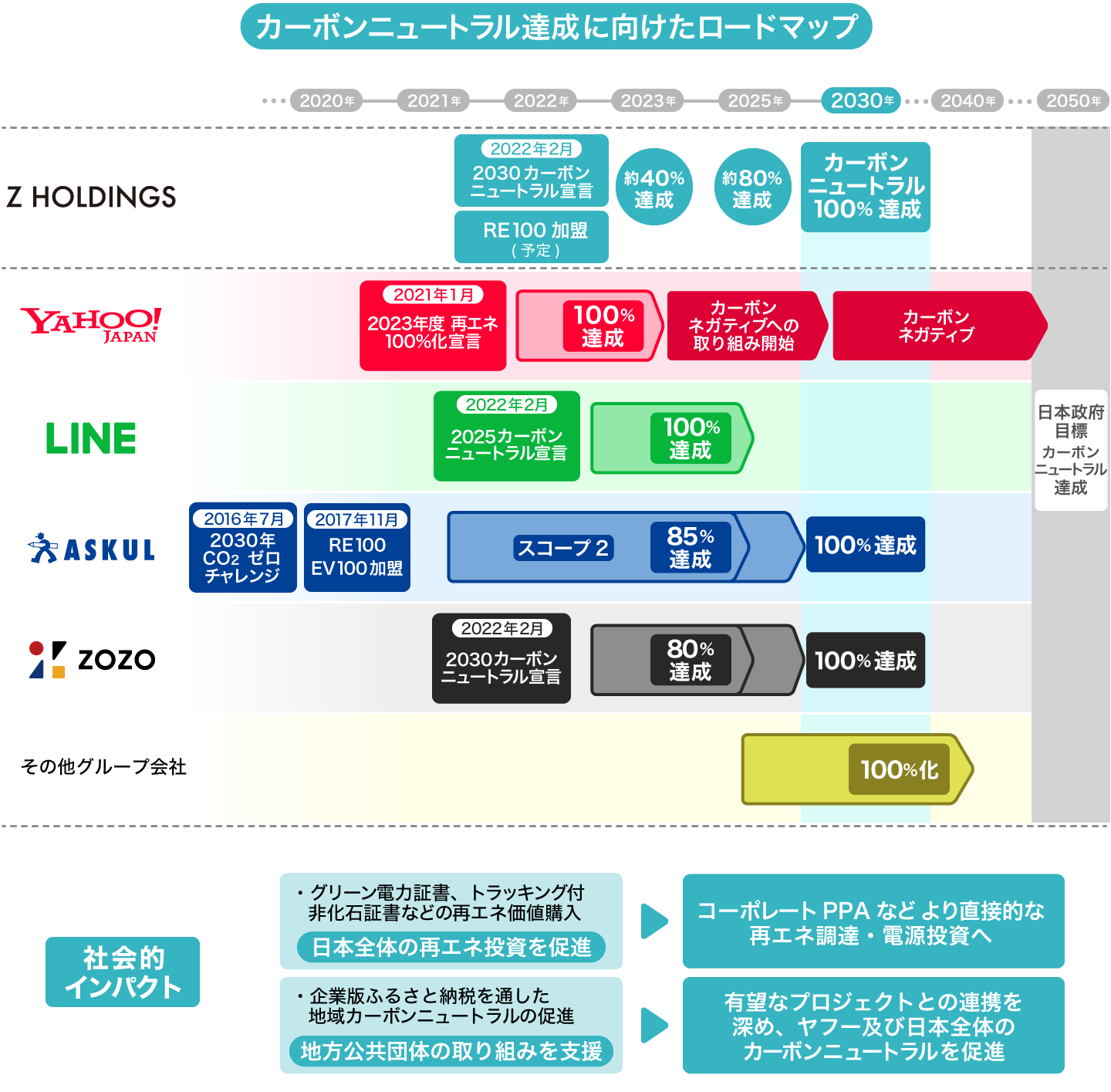 In February 2022, we announced its “2030 Carbon Neutrality Declaration,” (*1) a commitment to reduce its greenhouse gas (GHG) emissions from the business activities, to net-zero by FY2030. Z Holdings Corporation (hereafter, referred to as ”ZHD”) the parent company of ZOZO also announced its “2030 Carbon Neutrality Declaration,” with the aim of achieving carbon neutrality throughout the ZHD Group.

We will continue to work in innovative ways to resolve global issues and envision a new era of fashion that considers our environment and society.